India is on The Healthcare time bomb, and no, it's not the coronavirus 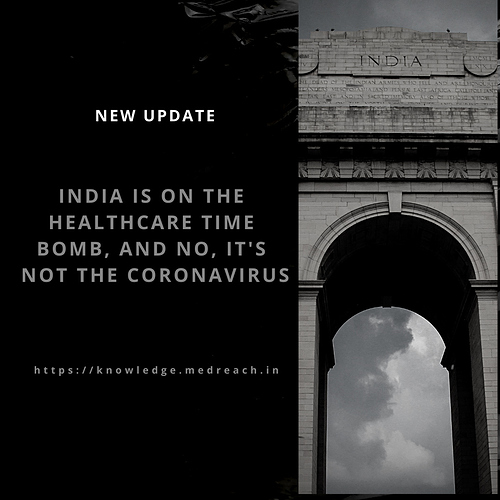 "No crisis is taken seriously by India" This is the Indian mentality until calamity hits.

India’s long-standing struggle with tuberculosis is the greatest problem. The nation currently has as many as 2.7 million TB patients, by far the most in the world, and an estimated 421,000 Indians are killed each year by the disease. According to a report by Zarir Udwadia, a pulmonologist at Mumbai’s PD Hinduja Hospital and Medical Research Centre, the existing disparity in treatment could lead to an additional 6.3 million cases and 1.4 million deaths from tuberculosis by 2025.

In India, successive governments have long been troubled by inability to contain tuberculosis, spending just 1.28 percent of the gross domestic product on public health. That left the system ill-equipped to contain deadly diseases such as coronavirus: The nation of South Asia now has the world’s second-highest Covid-19 infection tally, behind only the United States.

Although Prime Minister Narendra Modi was swift to praise front-line health workers, naming them ‘coronawarriors,’ the federal government allocated only an additional $2 billion to finance the medical needs of the epidemic.

“Our war has not succeeded in slowing down the enemy, but the friendly fire against immunisation, tuberculosis, institutional distribution and many more has done greater harm.”

The fragility of under-resourced health systems across the globe has also been highlighted by the pandemic. Read More From Source