Permissible Advertisement By A Medical Professional 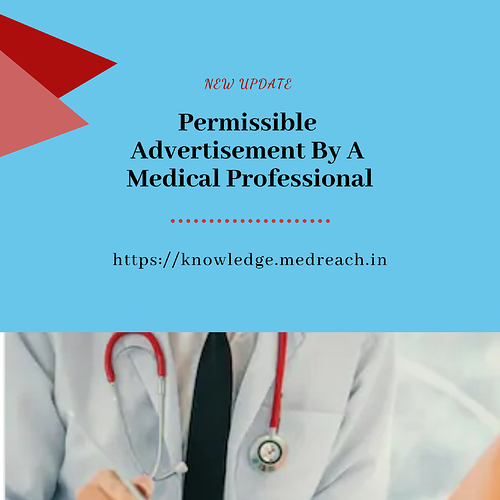 Earlier this year, the Indian Medical Association (IMA) released a press release to all its 2.5 lakh members advising them not to advertise “No Treatment No Payment” or “Guaranteed Treatment” claiming that both are breaches of the Medical Council of India (MCI) Code of Ethics Regulations, 2002 and the Drugs and Magic Remedies Act, 1954.

The Medical Council of India Code of Ethics specifies that doctors can not make ads or guarantees of “Guaranteed Care.”

The MMC suspended that doctor’s couple’s licenses for placing advertisements for three months following complaints that they were promised guaranteed pregnancy on their clinic website and even offered refund if the treatment failed, which is a breach of medical ethics under the 2002 Indian Medical Council Regulations (Professional Conduct, Etiquette and Ethics).

According to the 2002 Code of Ethics Regulations of the Medical Council of India (MCI), a doctor is permitted to advertise about the following: