Telehealth reimbursement may be changing. How should providers prepare? 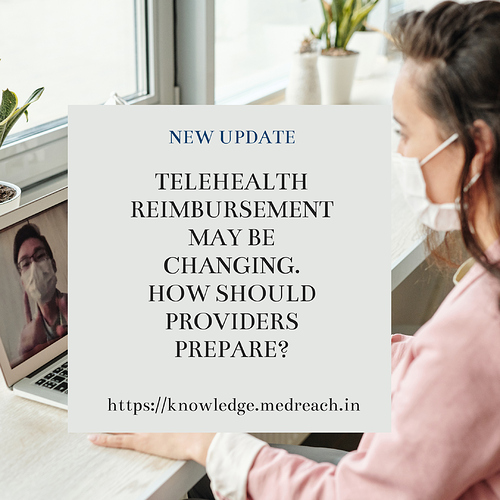 Andrew Selesnick, a healthcare lawyer, said that one key would be to build a secure, user-friendly infrastructure that can render reporting seamless

Telehealth’s future potential depends on how it’s reimbursed. Among patients, virtual care may be common, but if providers do not get paid for their services, it is doubtful that they will be able to continue offering them.

The government has indicated its approval for the reimbursement, at least in the short term, of certain telehealth services. For example, earlier this month, the Centers for Medicare and Medicaid Services announced that during the COVID-19 public health emergency, it would add 11 virtual services to its reimbursement list, following in the footsteps of its earlier virtual care flexibility.

This could act as a signal for other payers to do the same, said Andrew Selesnick, a shareholder in Buchalter’s Los Angeles office, in a Healthcare IT News interview.

"If Medicare insists anything has to be covered, it’s going to be more difficult for private payers not to cover it, Selesnick said."

In terms of virtual treatment, the COVID-19 pandemic “has been a time of immense transition,” Selesnick said.

“We have actually had more regulatory reform in the last six months than we have had in the last six years when it comes to telehealth,” he said, given the hundreds of legislative changes at the federal level, including encouraging providers to practise across state lines and treating a patient’s home as an originating location. “Some of my clients who haven’t ever been a telehealth provider have jumped into the fray before.” Read More fFrom Source